What Is Thermal Shock and How Can You Prevent It? - Lindberg Process Equipment 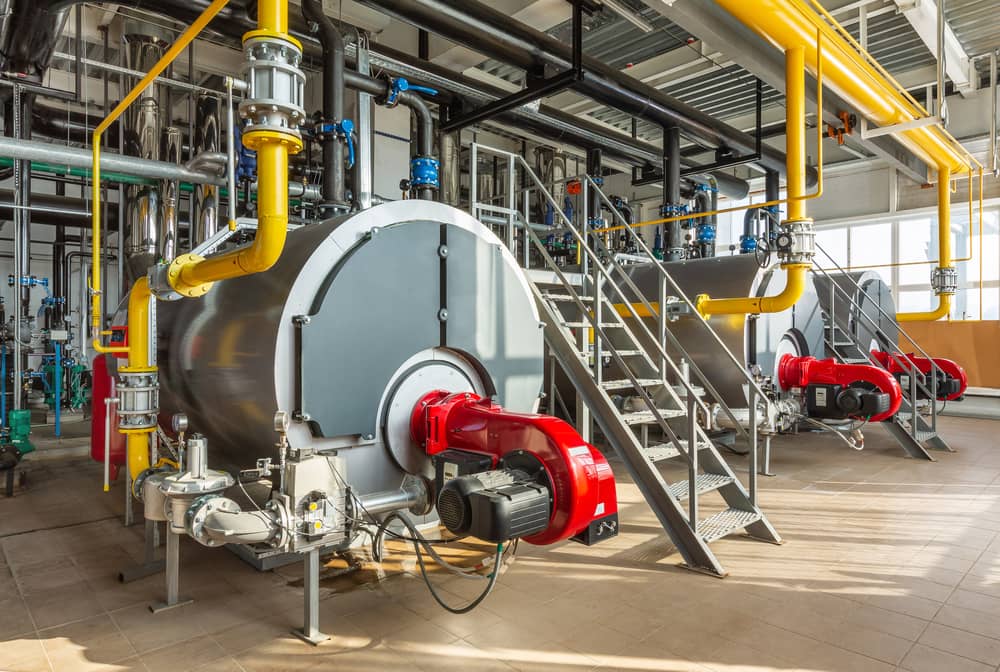 What Is Thermal Shock and How Can You Prevent It?

Boilers are designed to resist the rapid expansion and contraction of the boiler’s tube sheets, tubes, fittings, valves, and piping. This may create a potentially dangerous situation. Thermal shock in steam boilers may also occur if hot water gets added to a boiler with cold water. It’s common in structurally weak materials and those with poor heat conductivity.

Thermal shock is one of the most common industrial accidents. It usually happens when cold water enters hot boilers running near or at full power. The sudden addition of cold water causes a serious reaction with the boiling water in the boiler. The temperature difference causes the equipment inside the boiler to expand and contract rapidly.

Causes and Consequences of Thermal Shock

In an industrial setting, an instance of boiler shock is when water leaving a boiler gets channeled back before it cools. In this case, it will mix with the hot boiling water inside the tube, creating a cooling and reheating effect on the tube surfaces. As such, the tube surfaces will expand and contract rapidly.

Another underlying problem that causes thermal shock is using oversized boilers that produce excess steam. The cooled water will flow back into the boiler and mix with the boiling water. This often results in excessive damage to the boiler and serious injury to anyone in the vicinity of the boiler.

A sudden rise or drop in ambient temperature is one of the most treacherous stimuli the body can encounter. Hyperthermia and hypothermia can kill in a matter of seconds as the heat gets conducted away or absorbed by the body within a short time. The sudden temperature change can cause body organs to fail, resulting in death.

Thermal shock is often probable on materials such as rocks, glass, and ceramics, since the materials have poor heat conduction. As a result, they heat up and cool unevenly, causing them to contract and expand differently. Other common examples of boiler shock include:

Sometimes, boiler shock results from human error. Suppose you implement measures for preventing thermal shock, including having the recommended boiler sizes. A qualified boiler technician might tune up the boiler, but an energy management systems technician alters the system controls to save fuel costs and optimize performance.

Optimizing performance to save fuel costs entails reducing the return water temperature. Although the energy management team does this in good faith, it comes with the risk of thermal shock . The chances are that the temperature will be set lower than what the manufacturer recommends.

Sadly, thermal shock incidents are common. In the case of industrial boilers, most operate outside manufacturers’ specifications. With these equipment requiring up to four weeks to repair when they get damaged by thermal shock, it’s best to avoid the possibility of shutting down your operations for extended periods. An easy way to do so is by preventing thermal shock incidents.

Several precautions can help you to prevent thermal shock in steam boilers. For instance, minimizing your boiler’s operating cycles reduces the number of times it heats the water. The boiler shouldn’t short cycle (get fired up more than 4-6 times per hour). In doing so, the chances that cold return water will flow back into the boiler will also be reduced.

If your boiler system has monitoring equipment, analyze its data regularly to ensure the system functions as designed. When servicing the system, ensure the technicians coordinate their actions so that the system gets serviced to the manufacturer’s specifications. Set the recommended operating temperatures to maintain the optimum feed water temperature.

Whenever the pump needs cycling, have a control strategy to prevent it from rapidly sending water at different temperatures to the boiler. When using the boiler system, start it slowly with the smaller pumps, then ramp up control slowly. The pump should be started before the boiler. Likewise, run the pump for a little longer after shutting off the boiler. Always ensure there’s a flow when the system is running.

Thermal shock often indicates manufacturing deficiencies and flaws in boiler design, sizing, and tuning. When these deficiencies cause thermal shock in steam boilers, the consequences are often substantial. Thankfully, you can avoid thermal shock incidents by replacing your current boilers with those from Lindberg Process Equipment.

We build our boilers using high-strength materials, besides undertaking high-stress tests to make them resistant to thermal shock. With over 10,000 boilers in operation across multiple industries, our track record speaks for itself. With a Lindberg boiler, you’ll never have to worry about the consequences of thermal shock. Better still, our boilers are more efficient than traditional boilers. Contact us today to learn more about our boilers.